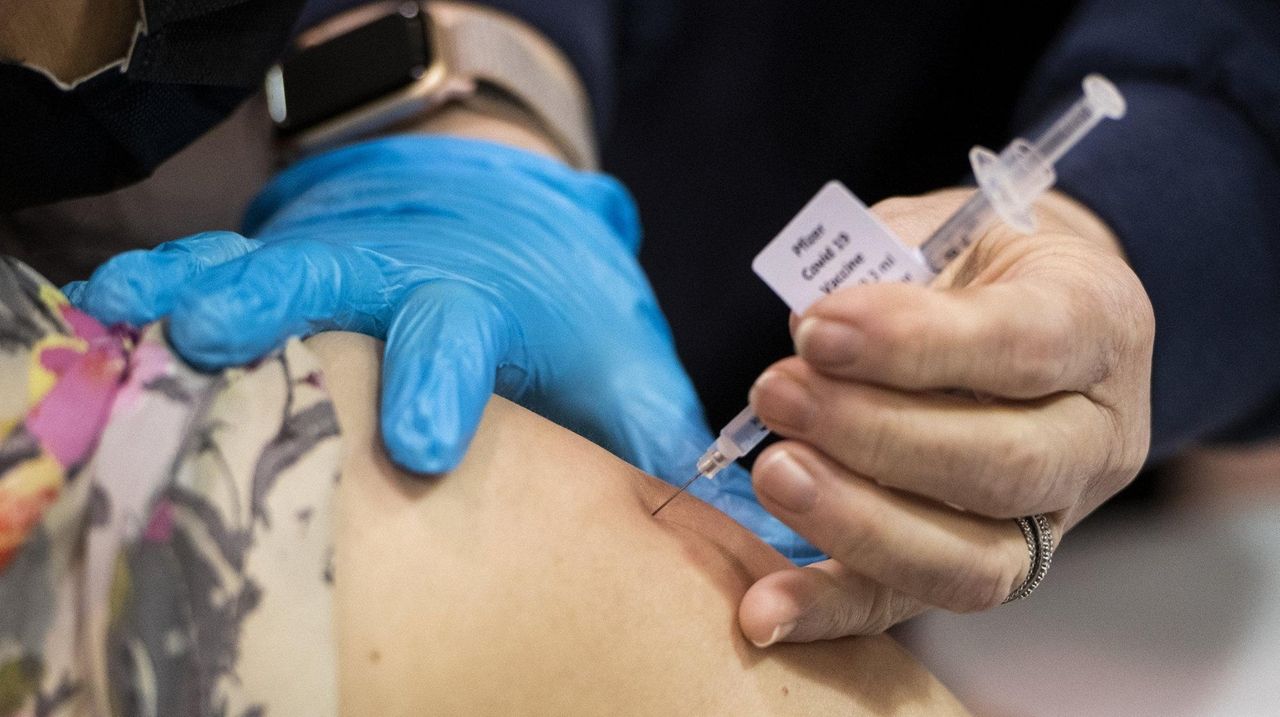 You are “likely” to need yet another dose of the COVID-19 shot within 12 months of completing the course of inoculation, according to the chief executive of vaccine-maker Pfizer.
The makers of the two other shots authorized in the United States — Johnson & Johnson and Moderna — have made similar predictions.
And it’s possible that the vaccine will become an annual rite, the executive, Albert Bourla, said, speaking on CNBC.
“We need to see what would be the sequence, and for how often we need to do that, that remains to be seen,” he told the network’s Bertha Coombs in an event with CVS Health. “A likely scenario is that there will be likely a need for a third dose, somewhere between six and 12 months and then from there, there will be an annual revaccination, but all of that needs to be confirmed. And again, the variants will play a key role.”
He added: “It is extremely important to suppress the pool of people that can be susceptible to the virus.”
The chief executive made his remarks on April 1 but they were broadcast Thursday.
In February, Johnson & Johnson’s chief executive also told the network that those who get the company’s COVID-19 shot might need to be annually vaccinated as they are with the flu shot.

Sign up for coronavirus updates
Get the latest on the fast-moving developments on the coronavirus and its impact on Long Island.

The use of Johnson & Johnson’s shot — which, unlike the Pfizer’s and Moderna’s requires only a single dose — was suspended earlier this week in the United States during the investigation of reports that about one in one million recipients suffered a rare clotting disorder in the days after the injection. The Pfizer-BioNTech and Moderna shots require two doses.
Earlier this week, Moderna chief executive Stephane Bancel told the network that the company hopes to produce a booster shot by fall.
Dr. David Battinelli, chief medical officer at Northwell, said the consensus within the medical community has been that a COVID-19 vaccination booster shot could be necessary.
“It being a yearly shot is a guess,” Battinelli said. “We will have a better idea as more data emerges.
“For the first few cycles, the shots will hopefully catch some of the variants, too,” Battinelli said.
Battinelli added that if boosters are necessary, getting vaccinated people to return for follow-up shots will be key in controlling the pandemic.
He said other viruses didn’t go away until “we had vaccine rates of 90% to 100% for many, many years. This virus won’t go away otherwise.”
Sign up for COVID-19 text alerts at newsday.com/text.