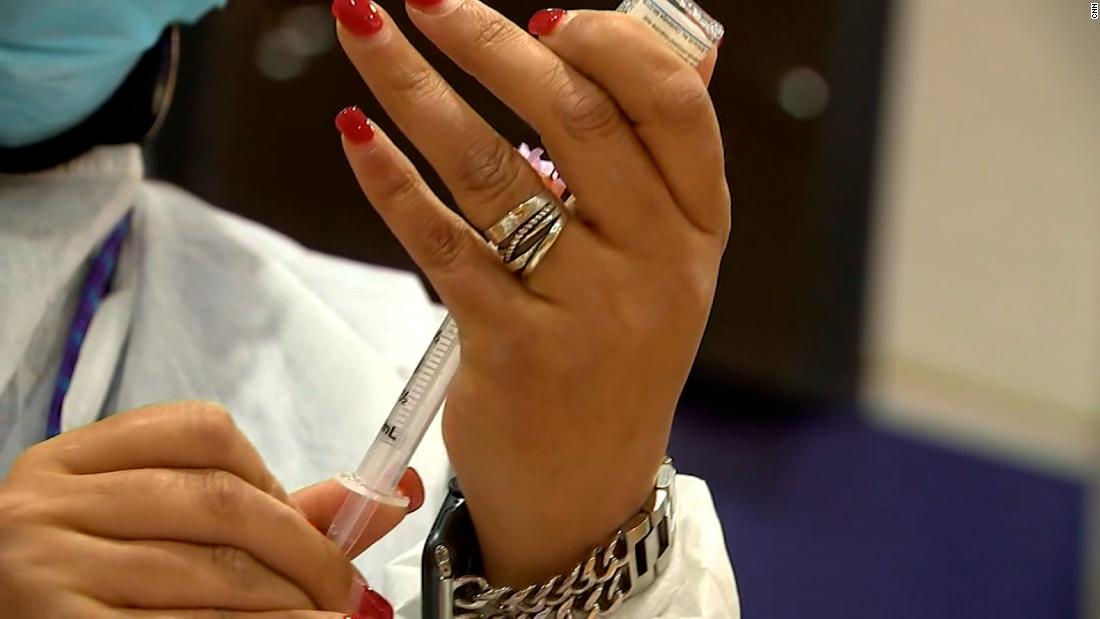 The department paused distribution of Johnson & Johnson vaccines earlier this week in response to recommendations by the Food and Drug Administration and Centers for Disease Control and Prevention. The FDA and CDC recommended the US pause the use of Johnson & Johnson’s vaccine over six reported US cases of a “rare and severe” type of blood clot.Each US military service will now send “a total of approximately 30,000 additional doses of Moderna throughout the month of May,” Pentagon spokesperson John Kirby said during a press briefing on Friday. “That’s around roughly 10,000 per week beginning May 10.” The additional Moderna doses will be sent to US European Command, US Central Command and US Indo-Pacific Command, Kirby said.”This will help keep the vaccination efforts right on pace to provide initial doses to over 70 percent of our overseas personnel and their families by the end of May,” Kirby said.Several military members and their families expressed frustration with the slow pace of the vaccine rollout overseas as they and their families rely on the military health care system and each base has a health clinic that serves its community.The top American general in charge of US troops in Europe acknowledged that the distribution of vaccines at overseas bases has not been equal to the distribution at bases inside of the United States during a congressional hearing on Thursday.”Secretary (Lloyd) Austin was key to point out the percentage of those tier 1 military uniform members that have received the vaccine in CONUS should be equivalent to the same in Europe and the Pacific and the same for the dependents, that has not been the case, so we are working to fix that,” Gen. Tod Wolters, commander of US European Command, said.US European Command is transitioning from receiving 3,500 vaccines a week to “being able to receive 18,000 vaccines a week,” Wolters said on Thursday.Wolters said the pause on the distribution of the Johnson & Johnson vaccine will impact the ability to ramp up vaccine distribution at bases in Europe, but the situation at bases in Europe will be “significantly different” by the end of May.”Unfortunately, with the J&J cutoff, there’s probably going to be about a 20% reduction to those surges, and we’re still working on those specifics, but the site picture from within Europe for the military members and certainly for the dependents, will be significantly different by the end of May than it is today because we will actually triple our surge capacity,” Wolters said.